Courtyard invites visitors into the imaginary dimension of Chinese architecture. Covered with wood carvings of scenes from traditional dramas, Chinese vernacular houses from the Ming and Qing dynasties (1368–1644 and 1644–1911, respectively) demonstrate a unique ornamentation system with multivalent connections to theatrical culture. Dramatic scenes were ubiquitous as decorations in the living environment, distinctively shaping lived experiences, even blurring the boundary between theater and life. This phenomenon in architectural design history echoes the flourishing philosophical discourse on the relationship between performance and reality in the Ming and Qing periods.

To create Illusory Courtyard, ancient miniature wood carvings were animated into lively multimedia performances. Invited to observe these ornamental components, audiences are immersed in an imaginary world of ever-changing scale and scene. This exhibition challenges the static modern model of spatial cognition, leading the audience to experience an architectural culture that brings together different times and spaces, where the real and illusory converge. 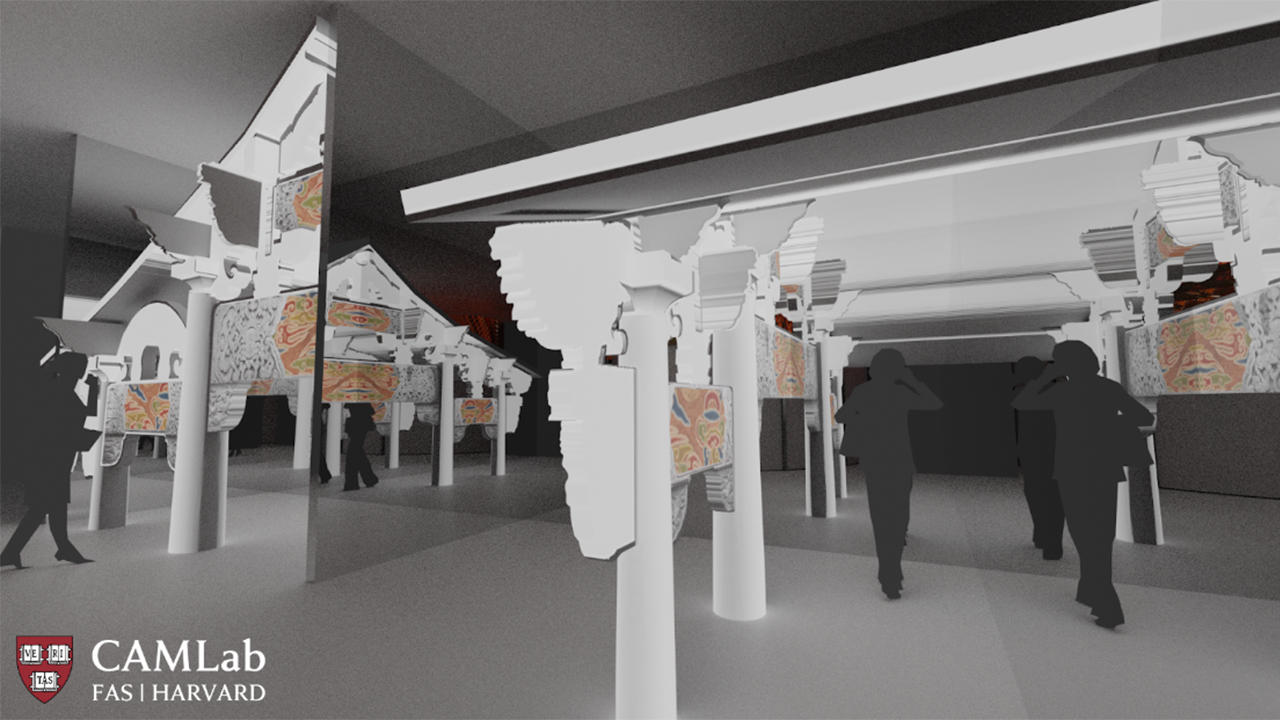