Liang Sicheng (1901-1972) and Lin Huiyin (1904-1955) are figures of critical importance in the study of modern architectural history and outstanding representatives of intellectuals in the Republican period. The recount and study of their life story will not only guide us through their joys and sorrows, but also provide us with insights into the evolution of modern ideologies in China in the 20th century. Moreover, it’s an occasion for us to reflect on the formation and development of the knowledge framework of architecture and urban planning after World War Two.

Books of remembrance and special issues were published for the 60th anniversary of the Department of Architecture of Tsinghua University, the 90th anniversary of the Society for Research in Chinese Architecture, and the 85th and 100th anniversaries of Liang Sicheng. At various turning points in history, persistence and doubts that dotted their way in times of glories and losses are well worth the deliberation and inquiry of generations of architects and scholars. In commemoration of the 120th anniversary of Liang Sicheng, a series of events has been held by Tsinghua University including exhibitions and launches of work collections. The book Liang Sicheng and Lin Huiyin: the Life Story of My father and Mother published by their offspring is yet another tribute to their devotion and legacy.

Liang Sicheng and Lin Huiyin: the Life Story of My father and Mother is the first exclusively oral-history-based book of its kind, dictated by Liang Zaibing and written by Yu Kui. It’s also the only memoir of Liang and Lin from the perspective of their family. At the historical moment of Liang’s 120th anniversary, the China Builders project launched by Harvard CAMLab is deeply honoured to invite Mr Liang Jian (son of Liang Congjie), Mr Yu Xiaodong (son of Liang Zaibing) and Ms Yu Kui (daughter of Liang Zaibing) to come together and start a dialogue about the memorial events and the new book.

The distant timber towers and ancient bridges surveyed by the Society for Research in Chinese Architecture still stand in silence and solemnity. Looking back at the magnificent life of Liang Sicheng and Lin Huiyin, we realise that it’s pointless to simply hail their achievements and it’s difficult to carry forward their initial ambition and ideal of building an ideal China. It is only by constantly connecting with history and facing the future with utmost sincerity that we can truly regain opportunities for starting a new journey.

Note: [This lecture will be presented in Mandarin Chinese with simultaneous translations to English. ] 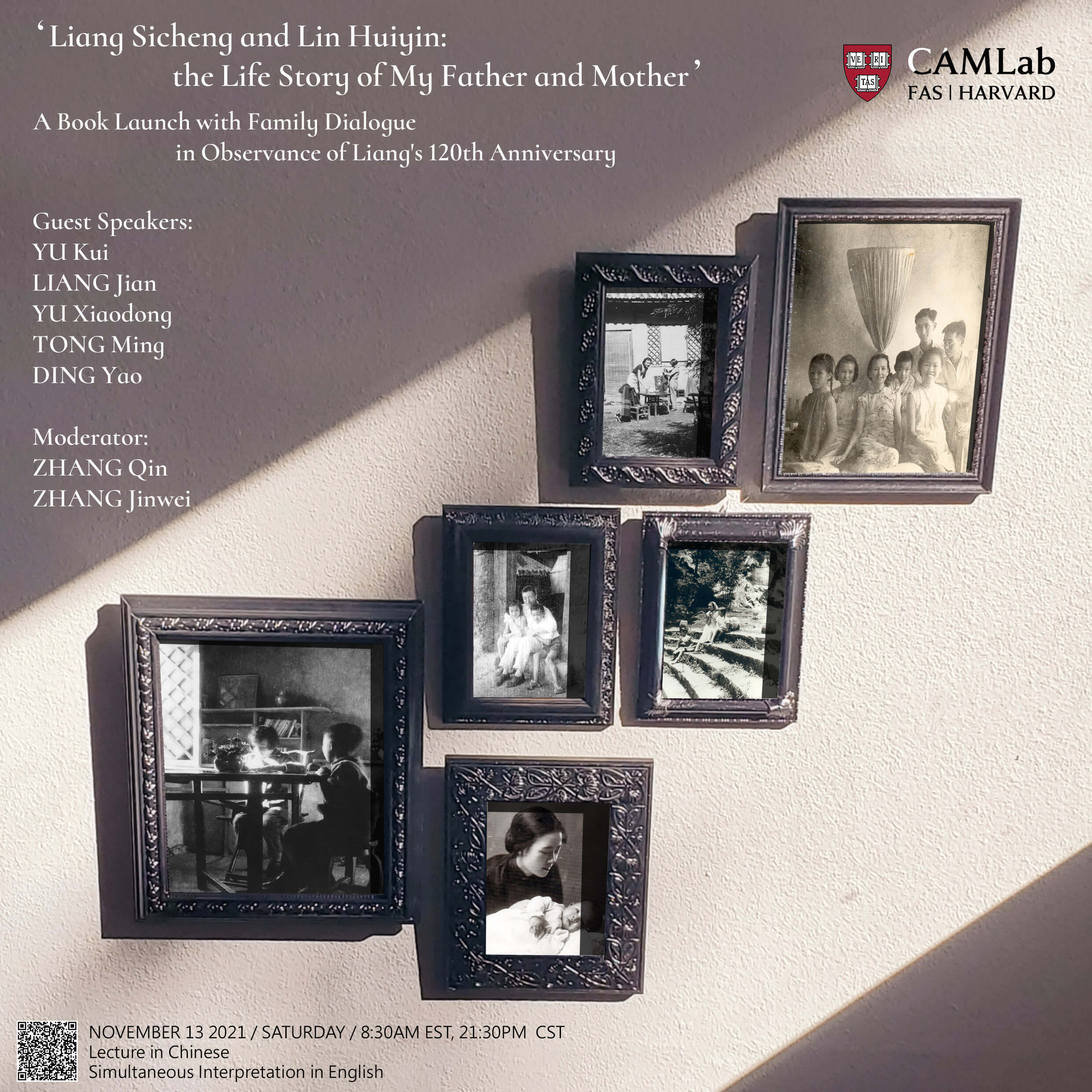 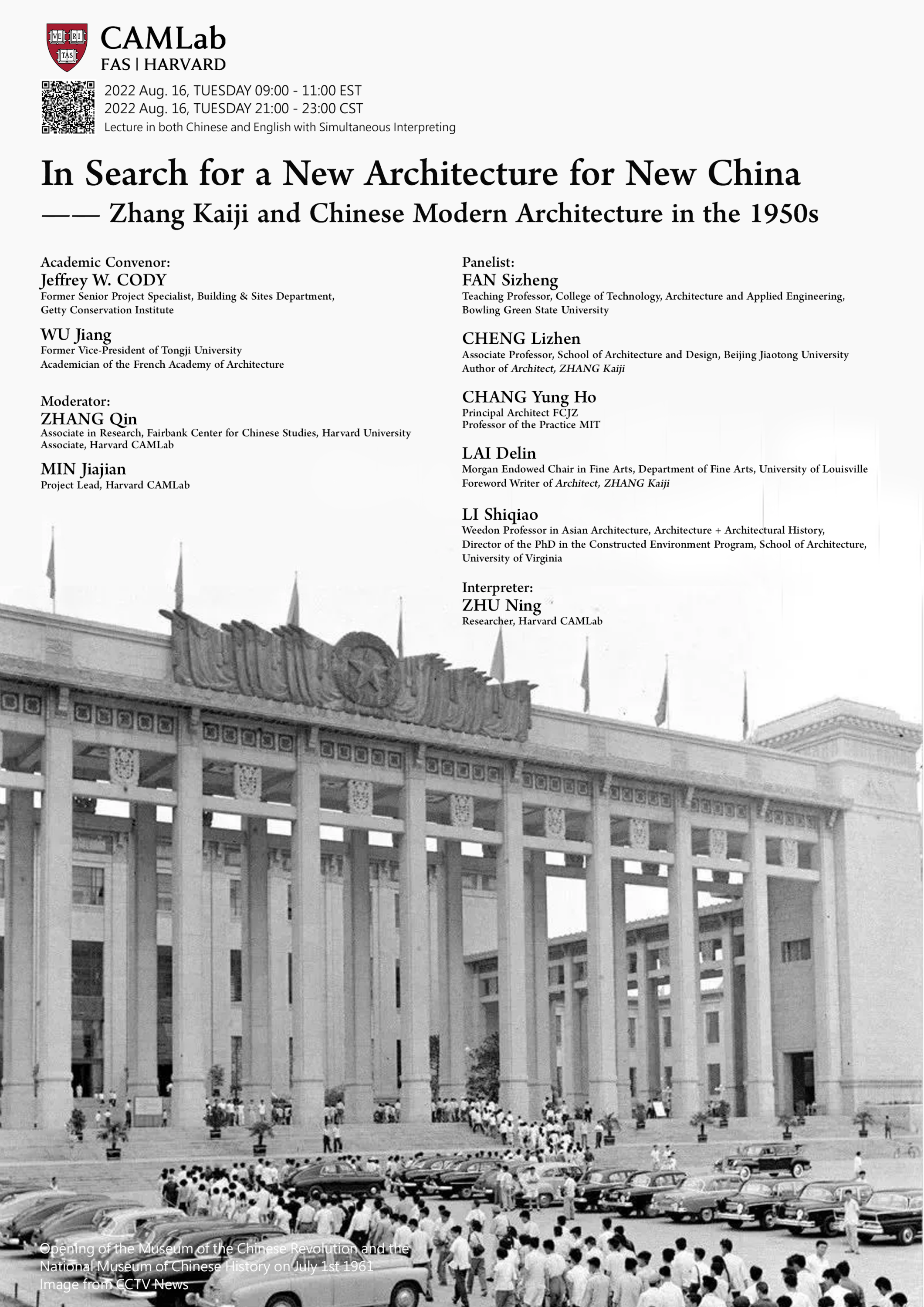 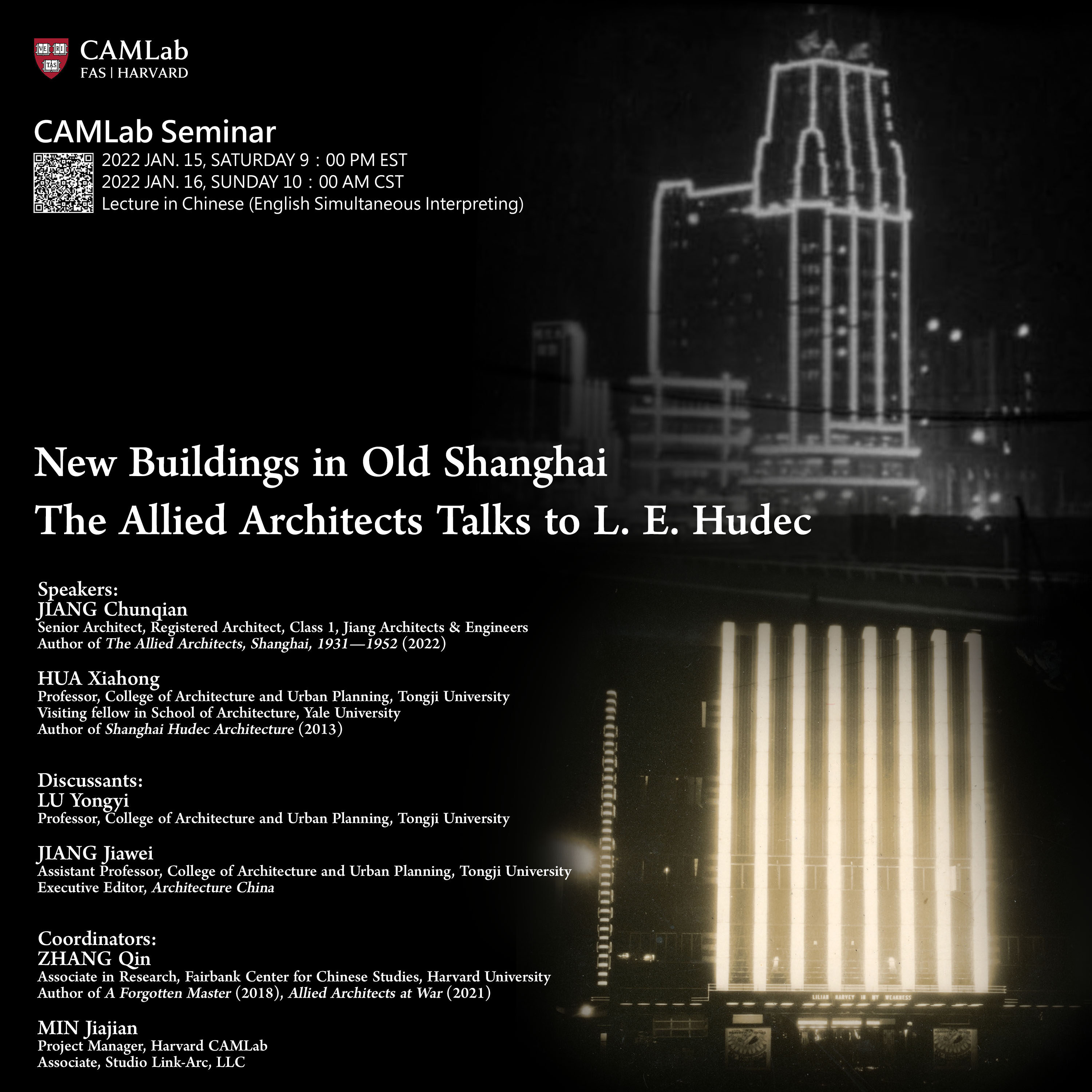 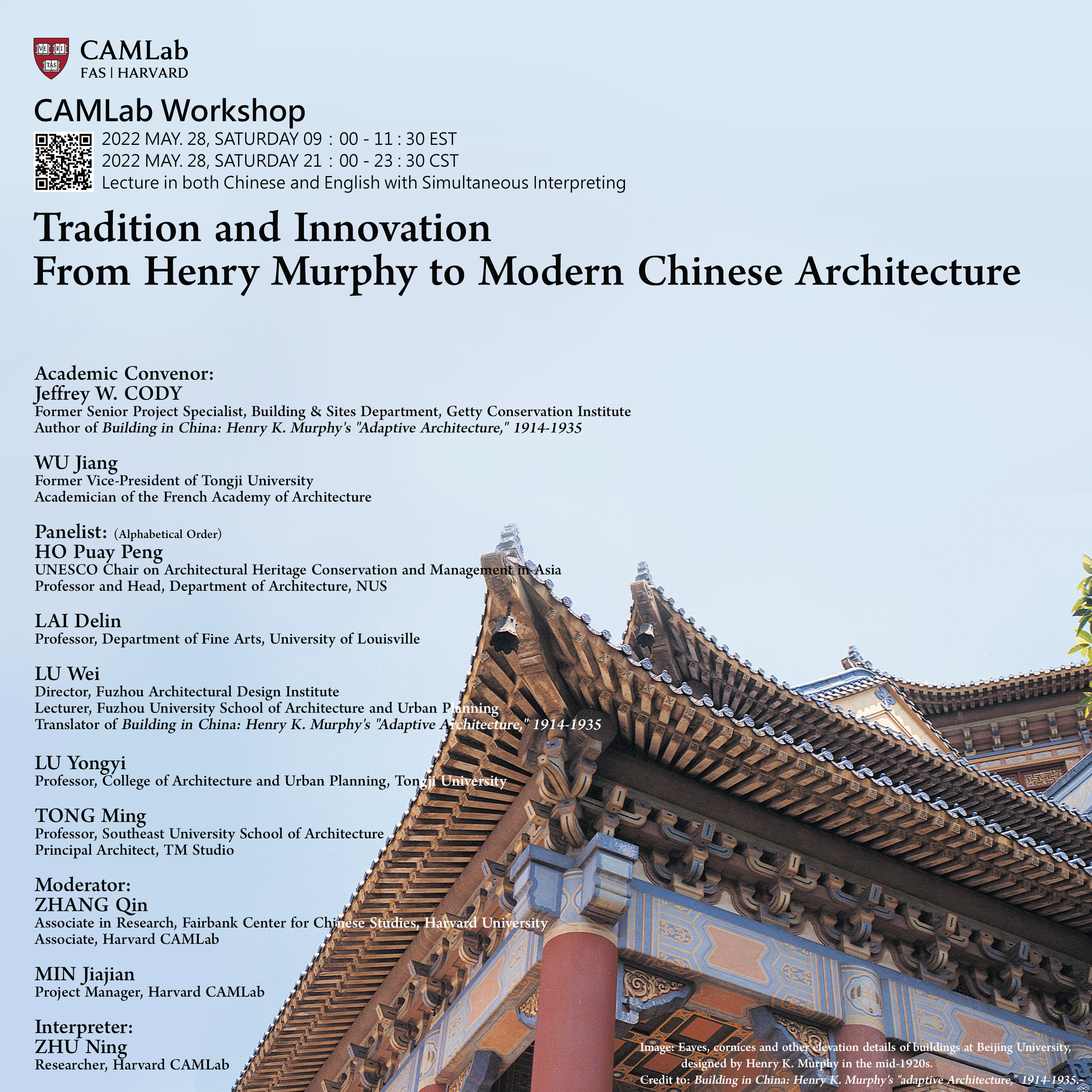