Liu Dunzhen and the Society for Research in Chinese Architecture #1

The Society for Research in Chinese Architecture (SRCA) is China’s first academic group specializing in the study of traditional architecture. It was founded by Zhu Qiqian in Beiping (now Beijing) in February 1930. Liu Dunzhen and Liang Sicheng served as the Chairs, respectively, of Literature and Specification Departments. The society spent over a decade since its founding on the arduous journey of surveying and documenting architectural heritages across the vast expanse of China. With the leadership of Liang and Liu, SRCA was able to organize and conduct its research into the 7 volumes of 23 issues of Bulletin of the Society for Research in Chinese Architecture.

Liu Dunzhen (1897.9.19-1968.5.10) is a pioneer in Chinese architecture education and ancient architectural research. He was named as one of the two pillars, along with Liang Sicheng, of SRCA as well as a founding member of many institutions that established architectural practices in China, most notably China’s first private architecture firm Hua-Hai Architects, the first professional program in architecture at Suzhou Industrial Specialized School, and—of college rank—Departments of Architecture at Hunan University and he taught at Central University in Nanjing for the rest of his life.

Upon the advent of the new year, Harvard CAMLab invites Liu Xujie, Liu Dunzhen’s son, to recount his perspective of SRCA. In addition, the upcoming event offers the hard-won pleasure to have Professors Lai Delin and Tong Ming as panelists. Not unlike the goals of CAMLab’s “China Builders” project: Let us bring you closer to the iconic figures in the history of modern architecture and provide a glance into not merely memories, but also their dreams that laid the foundation for building an ideal China.

Note: [This lecture will be presented in Mandarin Chinese with simultaneous translations to English. ] 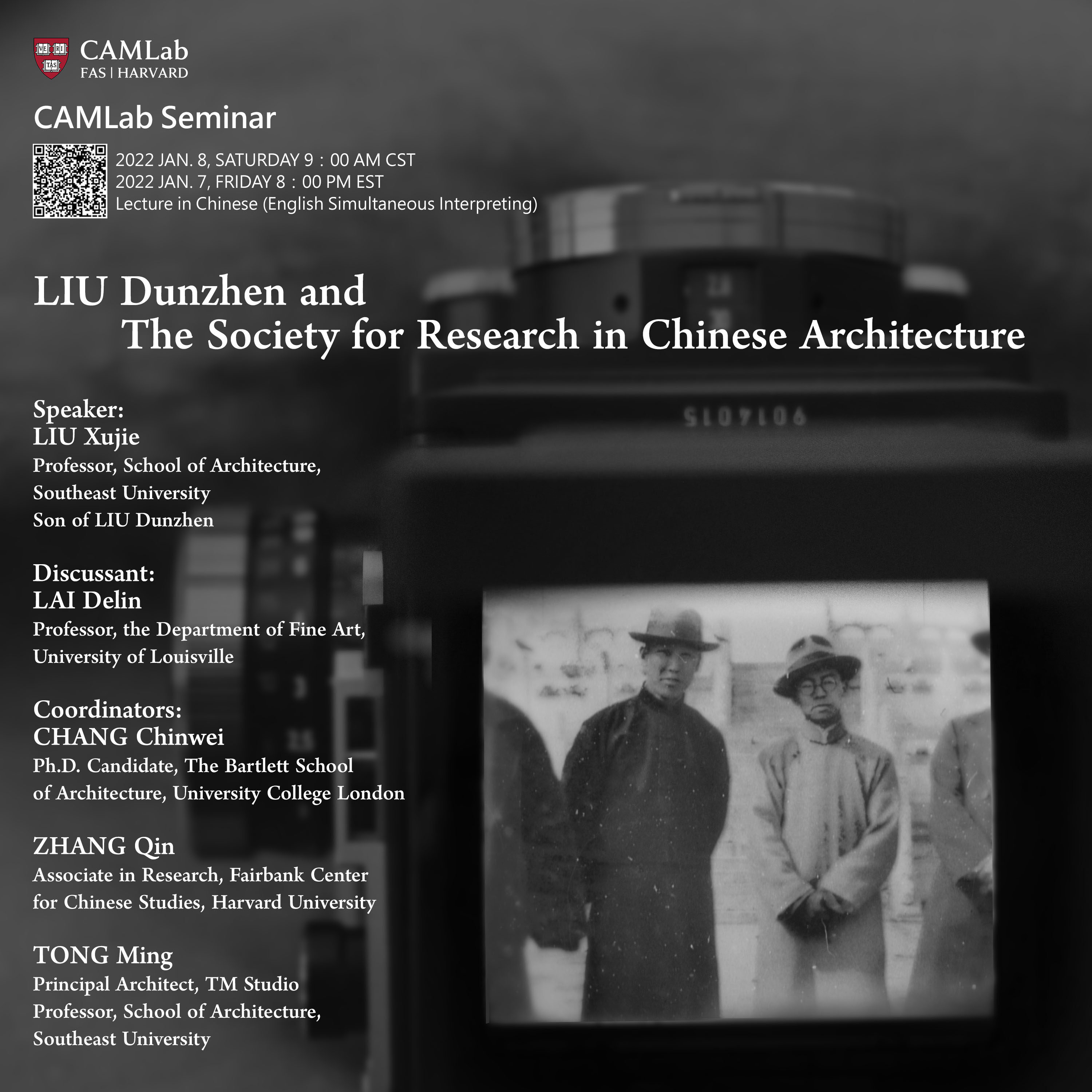 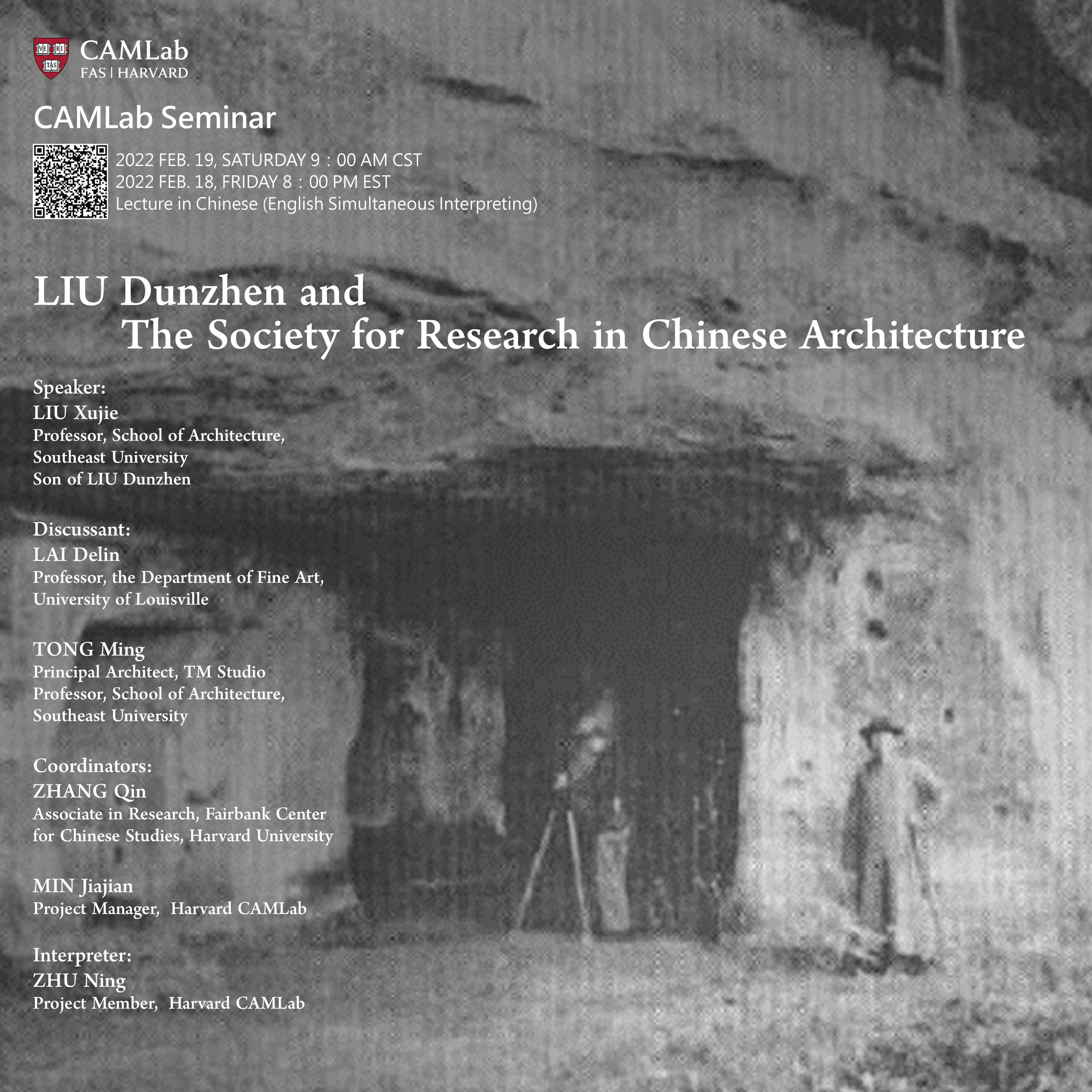 Liu Dunzhen and the Society for Research in Chinese Architecture #2 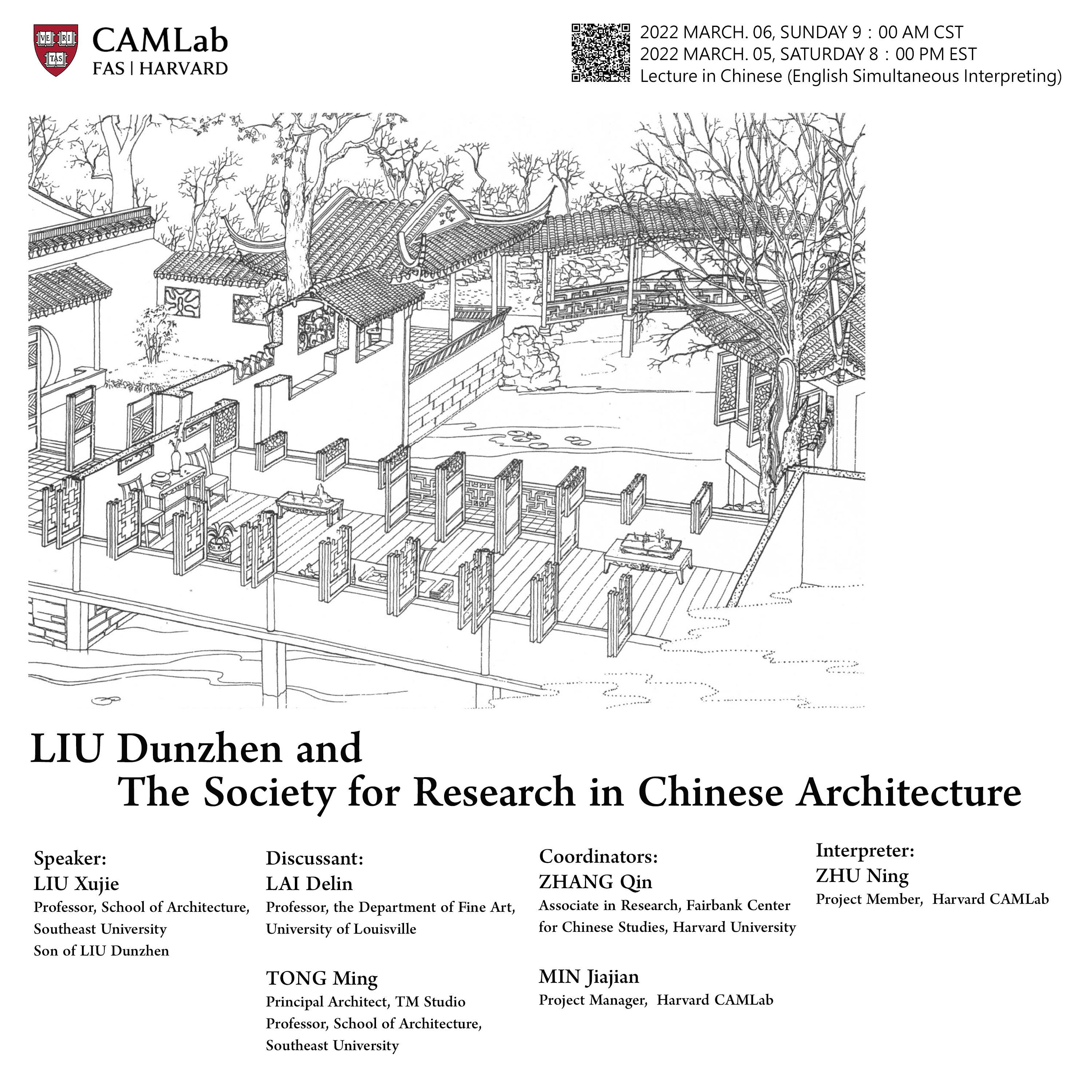